Here we go folks, it is time to weigh in on the age old question... What are the best vocal mics under $1,000 for recording vocals 2021. Since the dawn of time aspiring producers and singers have been asking this. Some say the druids knew which microphone was best, but the knowledge was lost throughout the ages. We now live in the nightmare dystopian future where the Sony C800G follows us everywhere we go. Oh the humanity! Hopefully this list can take you back to a simpler time, a sweeter time, where children could still play in the streets and Bono could sing into a Beta 58A in the control room and make a hit record.

"All top sound engineers agree, it is CRUCIAL that the color of your microphone matches the color of the artist's outfit. You do not want to deal with phase issues."

Before we dive into our list of the best vocal mics under $1,000 for recording vocals 2021 edition, we should probably discuss the history of the microphone and also different types of microphones. Feel free to scroll and check out the top microphones, but you might just learn something new if you keep reading.

The Microphone: A Brief History

For thousands of years humans have been trying to devise ways to increase the volume of their voice. Based on artifacts from 500BC we now know in Ancient Greece people were already using cones to amplify their voice. The first true microphone was invented in the mid to late 1800's. But how exactly does a microphone even work?

"I have a microphone on one ankle and an ankle bracelet on the other, so I'm well balanced today" ~ Martha Stewart

One last thing we need to cover before we can get to our best vocal mics under $1,000 for recording vocals list. As we've hinted at there are different types of microphones. We should probably discuss this aspect as well. This way you will be a well rounded microphone aficionado. Plus hopefully you won't break you new prized possession after you buy it.

The Microphone: A List of Mic Types Ideal For Vocals

Some of the most beloved vocal microphones are condenser mics, but how do they work? Condenser Microphones use a pair of charged plates, one fixed, one movable. The movable plate is the diaphragm. When sound hits the diaphragm, the distance between the two plates changes which causes a change in the electrical characteristic. This creates the electronic signal that corresponds to the sound that has been picked up. The main advantage of a condenser mic is it can easy obtain a flat frequency response and extended frequency ranges. AKA it accurately reproduces the sound it is picking up.

In a dynamic microphone the diaphragm is attached to a metal coil. When sound hits the diaphragm the metal coil responds to the sounds wave. A magnet that is positioned in the coil produces a magnetic field. It is the motion in the coil in the magnetic field which produces the electrical signal. Dynamic microphones are the workhorses of the microphone world. They are able to take the most abuse, sonically and physically. They are cheap, they do not require a power source to run and they provide descent sound quality. Sometimes they struggle recording sound with higher frequencies and harmonics. Oh well, some incredible vocals have still been recorded on these microphones.

In a ribbon microphone a light metal ribbon is suspended between two poles of a magnet. As the ribbon vibrates the electronic signal is produced. Ribbon Microphones are possible the most transparent microphones widely available. They are also extremely delicate. A gust of wind (or a hard "p") can destroy the ribbon. Then you have to send you mic out to have the ribbon replaced. This is not cheap and you won't be able to use your mic while it is in the shop. Ribbon microphones most accurately emulate the human ear. There is a nice high end roll off and massive low end pickup. Ribbon mics are cool, but a big responsibility.

I know, I know, enough stalling here is the list you actually came here for. Our picks for the Best Studio Vocal Microphones Under $1000. Enjoy! 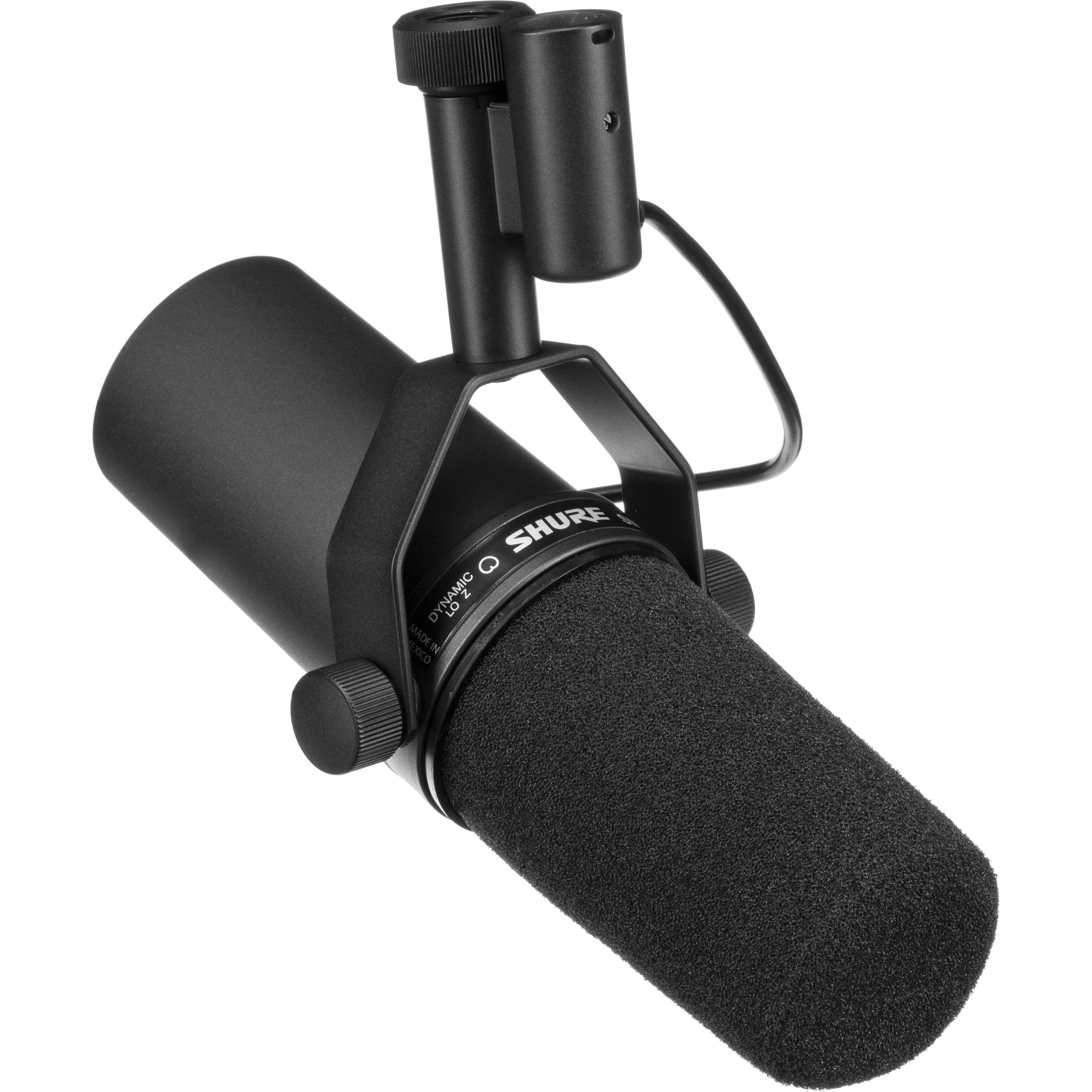 Ok hold your horses! Before you click the back button let me at least justify this mic coming in at number 1 on our list of the best vocal mics for recording vocals 2021 edition.

People, for $400 this mic is a great deal, and a must have for your collection. This is a very durable versatile microphone. Plus you never know what projects you'll be taking on next. Podcasts are blowing up, I know a few studios that are paying the bills with a few days a week booked up with podcasters. If you only have $1000 to spend, maybe getting two of these, it is not the worst idea in the world. Then you are ready to record some podcasts, or audiobooks. Anyway the point is I do not think there is anything wrong with starting out this list of the best vocal mics under $1,000 for recording vocals with a workhorse microphone. 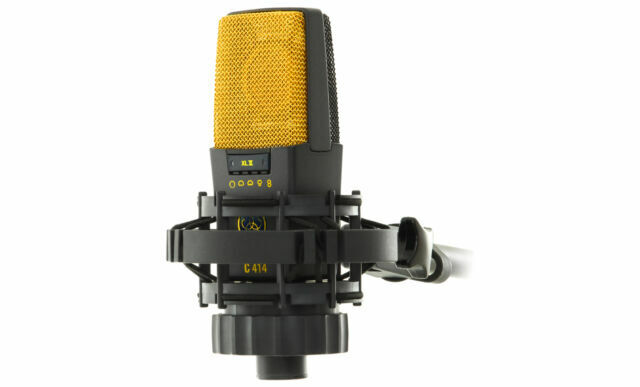 It is possible to find this microphone new for under $1000 but it will take a little bit of work. Don't get discouraged! When shopping for mics always take your time and don't get give up. Check eBay, loads of new mics are sold on eBay. Coming in at number 2 on our list of the best vocal mics under $1,000 for recording vocals 2021, the AKG C414. I know many people who have had great experiences with buying this particular mic used. You don't necessarily want to do that with every mic, but this one from a reputable source should save you a bunch of money.

If you're not sold on this mic already, just know it is another all around great mic. It is important when starting out your mic collection to invest in microphones that can sound great on many different instruments. People, you could record a whole album on this mic. It's perfect for some vocals, it is great as an overhead drum mic and sounds good on cabinets too. I've used it on an acoustic guitar and it sounded great. This mic is a great investment in your studio. Oh I almost forgot it sounds killer on tenor sax, just have it a foot or so off the front of the horn. It's like magic the overtones of the sax are complimented by this mic. I've used it on vintage jazz, smooth jazz, rock and ska tenor sax. I know this is about vocals... but that is definitely a bonus.

This mic comes with some built in filters to filter out low end. It also has 9 different polar patterns. Omnidirectional, Wide Cardioid, Cardioid, Hypercardioid and Figure-Eight. Plus you can set it to a blend of two of those patterns. The point is this is an extremely versatile microphone. Might be worth picking one up. Just make sure to look for a bargain. For all those reasons this mic is at spot number 2 on our list of the best vocal mics under $1,000 for recording vocals. 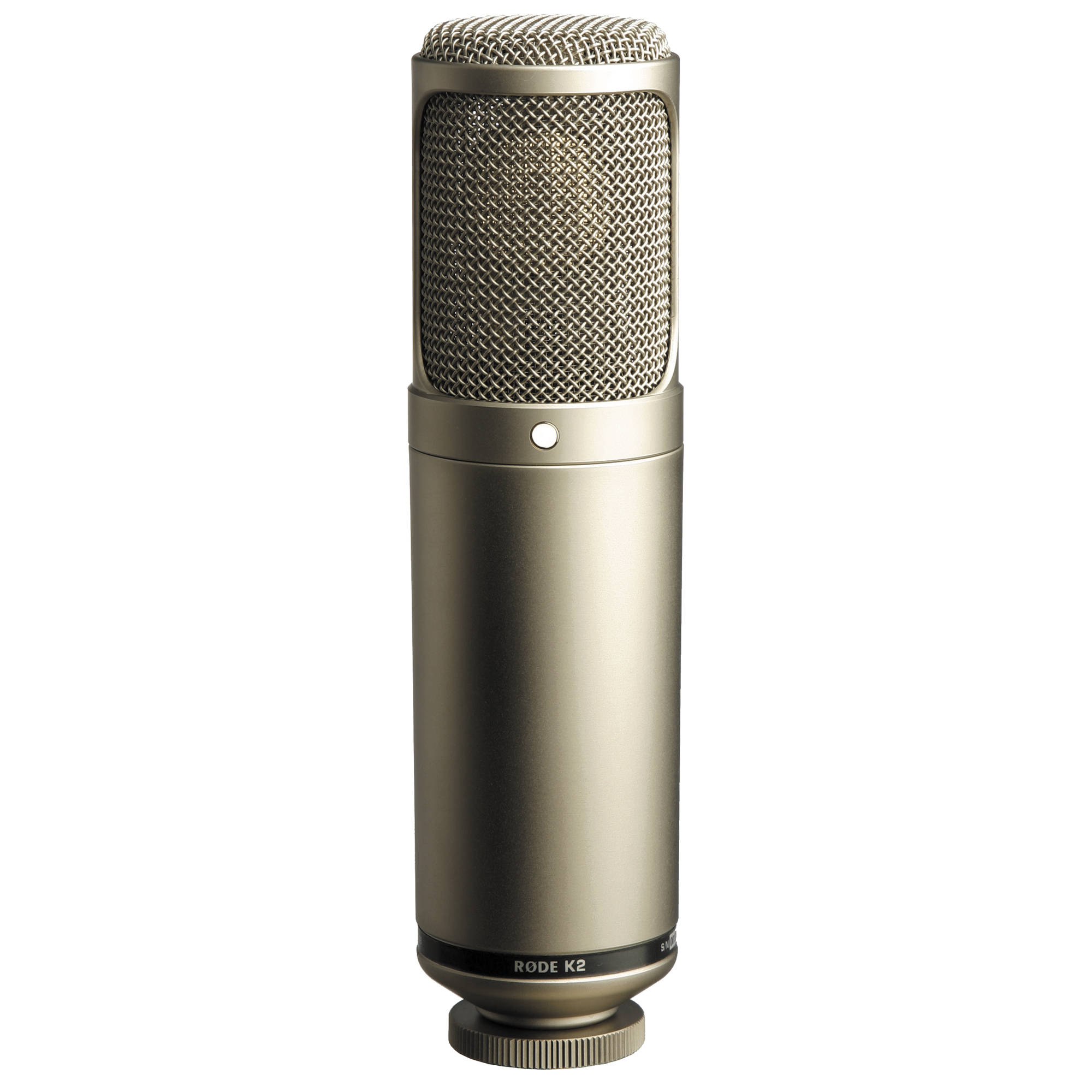 This is the only tube mic on this list of the best vocal mics under $1,000 for recording vocals 2021. The Røde K2 presents a completely different sound than the other mics on this list. Due to its valve-based design, it has a distinct rich and full tone, with plenty of mids. On the flip side, unlike some vintage tube mics and vintage mic clones, the K2 brings a modern tone to the table, bright top end that is well suited for pop-style productions. It also looks and feels like a professional microphone with satisfying heft, a substantial external power supply, a super strong shock mount, and a molded flight case to keep everything safe. The Røde K2 has a variable polar pattern just like the AKG 414 from figure-8 to omni, so you can use it in various situations, and an internal shock mount that helps reduce rumble. This mic is a real honey. You should think about checking it out! Coming up next is another great mic on our list of the best vocal mics under $1,000 for recording vocals in 2021 edition. 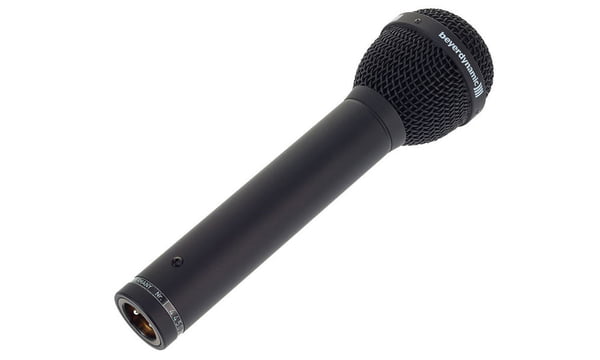 Here comes another dynamic microphone, the Beyerdynamic M 88 TG is typically thought of as a kick-drum and bass-cabinet mic because of its high-SPL-handling capability. Plus it has some serious low end ability. As a vocal mic, the M 88 is an often passed over gem, with a beautifully smooth and even frequency response that softens harsh sibilance. Plus at the same time adds some depth and real weight to the vocals. With its sturdy build quality, the M 88 can perform double duty as a stage mic, holding its own against the most strenuous live applications. It’s truly an all-in-one microphone that impresses in nearly every situation. Yet again this is a really smart investment, if you are just starting out building up your studio. This very affordable mic can also help you out on live gigs. Even though that might not be the best habit to get into, you got to do what you got to do. For all those reasons this mic came in at number 4 on our list of the best vocal mics under $1,000 for recording vocals in 2021.

Oh daddy, this is a nice looking microphone. The MA-201fet is a large diaphragm, phantom-powered, solid-state condenser microphone with a fixed cardioid pattern. This is an ideal pattern for tracking vocals. It is only capturing the sound coming straight out of the singer's mouth. Designed by David Royer, this microphone gives warm, full-bodied reproductions of vocals and instruments, with none of the shrillness and high frequency distortion artifacts that are often encountered with modern condenser microphones.

Utilizing a 3-micron gold-sputtered capsule, high-quality Jensen audio transformer, military-grade FET and custom designed low-noise resistors, this microphone performs at a level reminiscent of some of the best loved classic microphones. Each one is carefully tested and evaluated, then packaged in its protective case with a professional grade shock mount. This is in some ways a less versatile microphone (it's fixed cardioid pattern), but hey you should give it a try. If you like the way it sounds make sure to pick one up. We really hope you are enjoying our list of the best vocal mics under $1,000 for recording vocals in 2021.

This microphone reaffirms the belief that good things come in small packages. Coming in at number 6 on our list of the best vocal mics under $1,000 for recording vocals in 2021, it defines a new generation of Neumann studio mics. This holds true, not only to the design, but also to the price. The reduced overall size contributes to an exceptionally compact appearance, which unites all of the typical design components. The modest proportions and shiny grille ring ensure that when a client walks in, this mic attracts attention. The TLM 102 is great in terms of sound. In the interior is a newly developed large-diaphragm capsule (with a cardioid pattern) with a maximum sound pressure level of 144 dB, which means you can track percussion, drums, amps and other very loud sound sources. This mic is great value for the money.

Well that's our list of the best microphones for recording vocals under $1000. Hopefully you have learned something. Two last pieces of advice before you run out to the store.

USE YOUR EARS! DON'T GO BY PRICE!

Just because a mic is more expensive than another does not mean it is a better mic.

It is never worth using a credit card to buy studio gear. That is just a bad idea!

Good luck! We hope you have enjoyed out list of the best vocal mics under $1,000 for recording vocals in 2021. If you're in the area sign up for private voice lessons in Boulder. 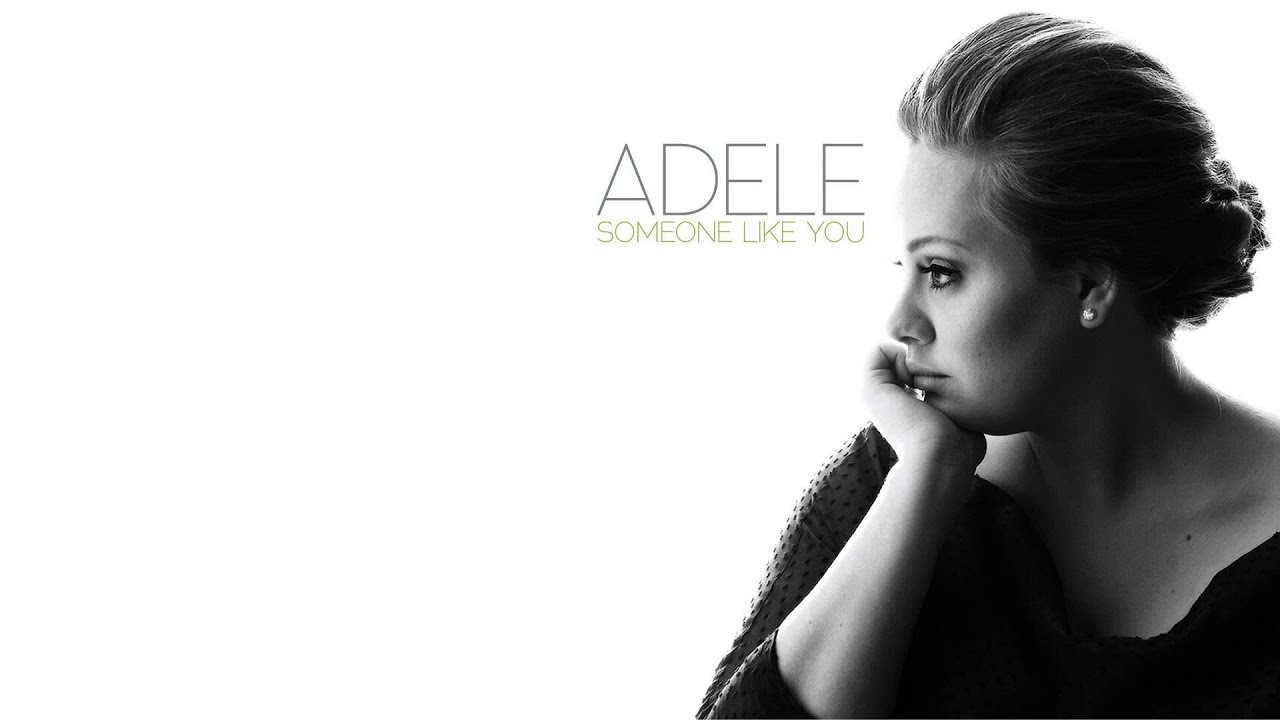 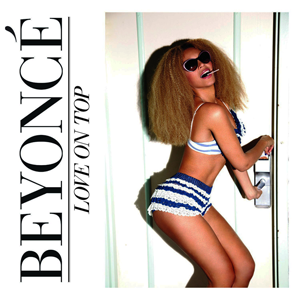 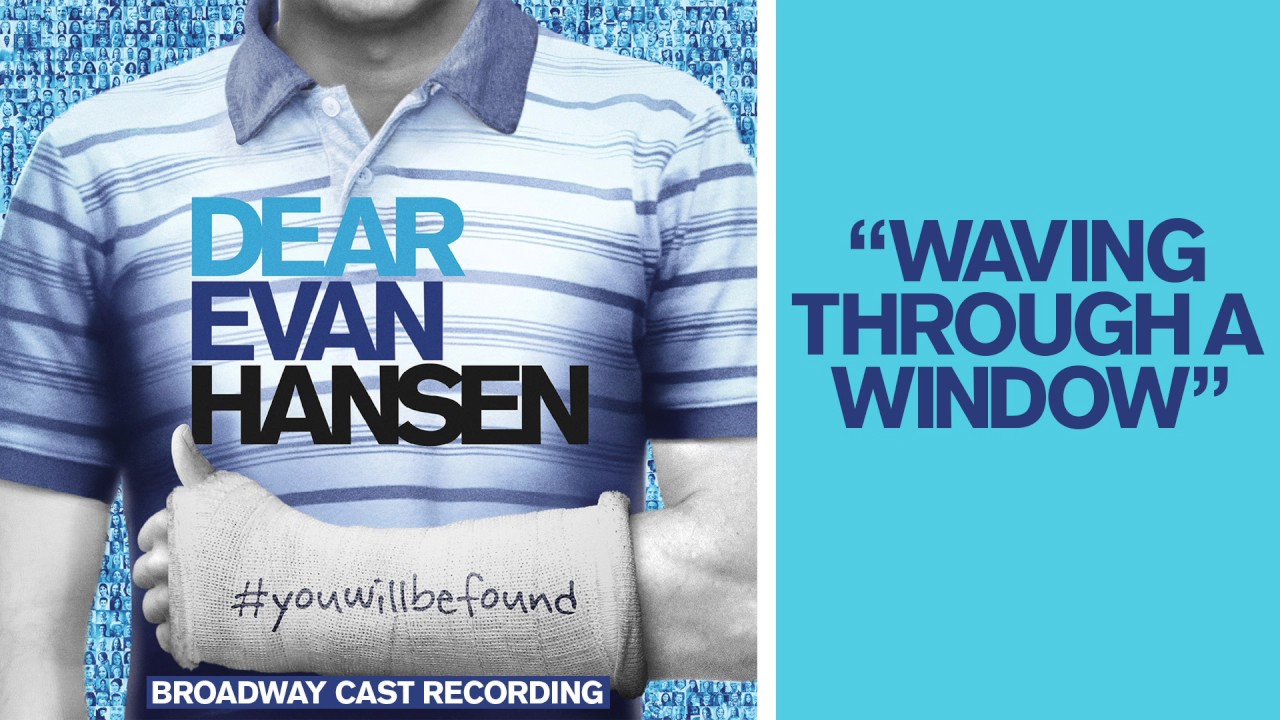 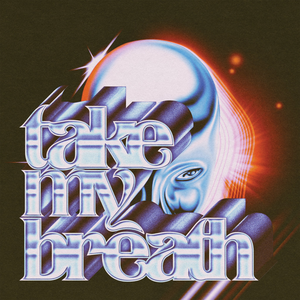 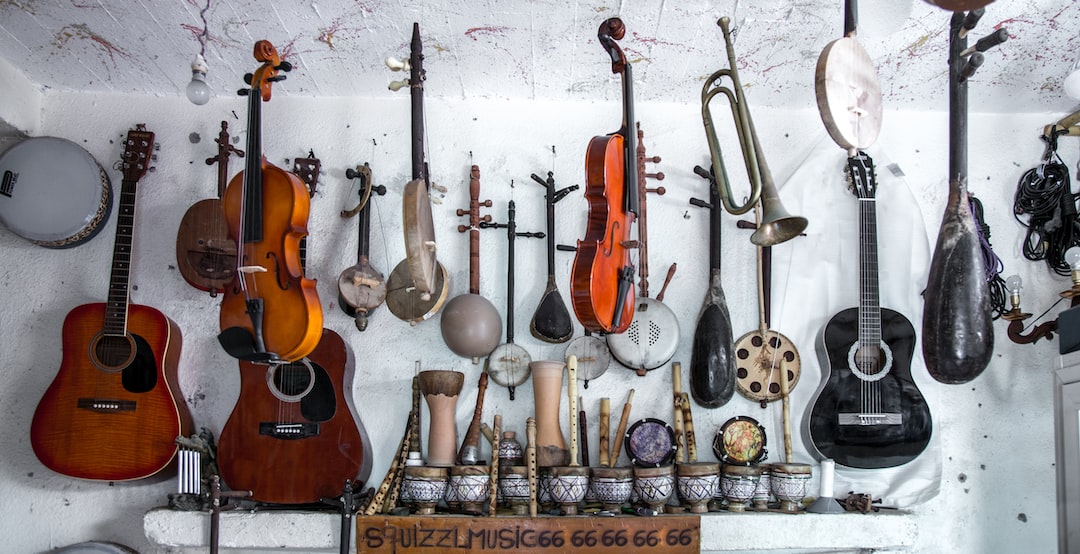 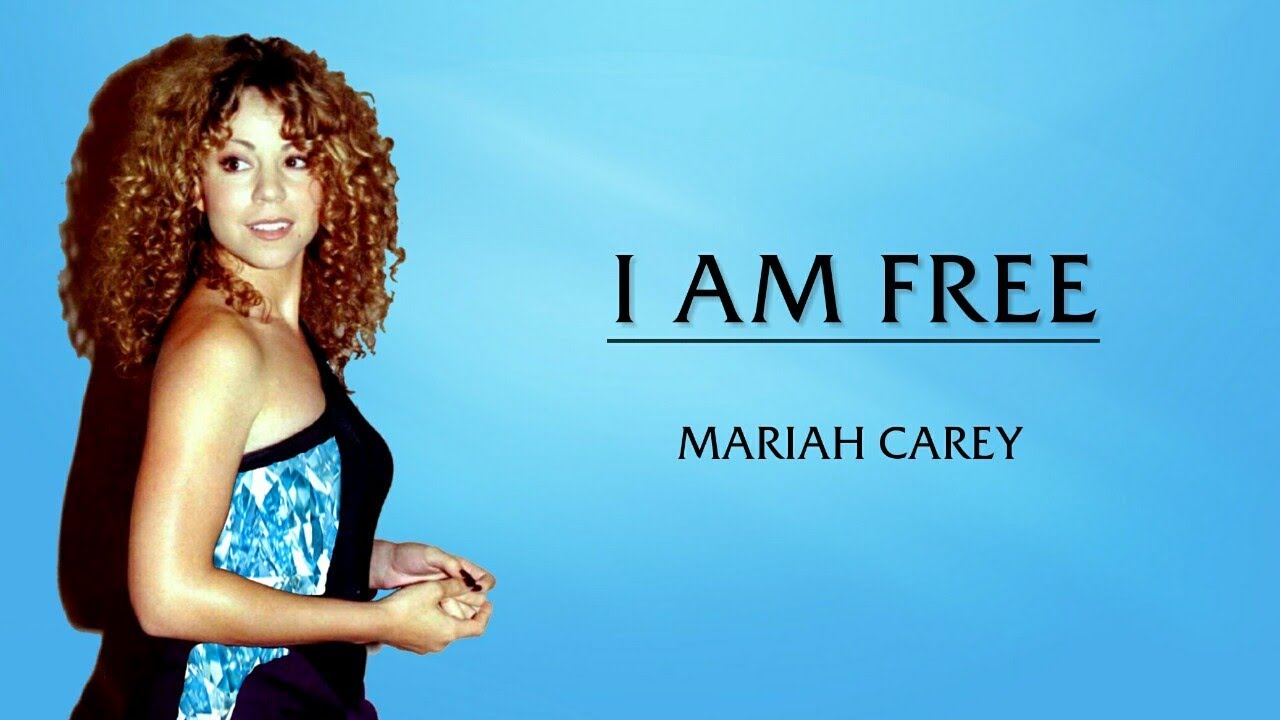 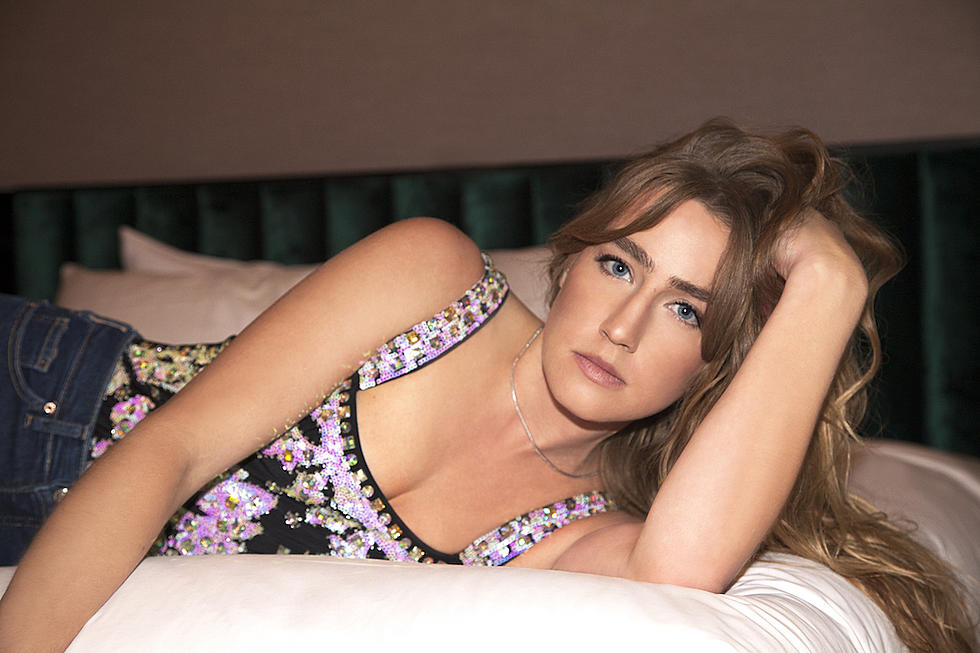