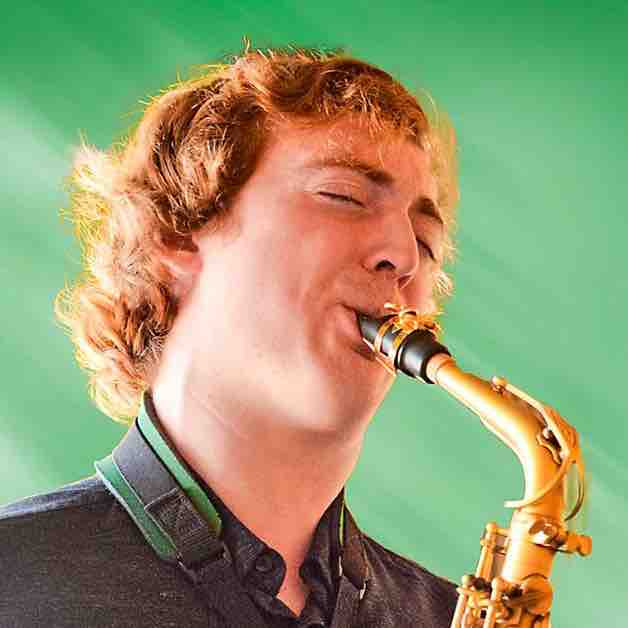 Jake is a multi-instrumentalist in his fourth year at the University of Colorado Boulder. While focusing on a Bachelor’s Degree in Saxophone Performance with an Emphasis in Jazz, he has also studied clarinet, bass clarinet, and flute. Thanks to his diverse studies, he has had the distinct pleasure of performing with the University of Colorado’s top ensembles: Big Band One and the CU Wind Symphony. Over the past seven years he has enjoyed performing at many prestigious festivals, including the Sacramento Jazz Festival and the Montreux Jazz Festi... Read More

How Our Saxophone Lessons Work

We love Mountainside! The saxophone instructor has always been encouraging and supportive.

All about Saxophone Lessons

The saxophone (also called the sax) is a family of woodwind instruments. Usually made of brass and played with a single-reed mouthpiece. Saxophone mouthpieces can either be made of metal or plastic. The reason saxophones are woodwind instruments is that they use a wooden reed to produce the sound. It’s a bit confusing because they are made of brass, but they are not a brass instrument. It is also common for woodwind instruments to control the pitch of the note by covering holes in the body tube. This controls the resonant frequency of the air column in the horn. On a saxophone, the player covers or uncovers the holes by pressing keys.

The most common saxophones are soprano, alto, tenor, and baritone. We recommend students be at least 8 years old before starting the saxophone. Saxophone requires a decent lung capacity and it is a pretty big instrument, without sizing options. The standard saxophone has 23 keys! Some of these keys are played with the fingertips, some are played with the palms of the hands. When you are playing the saxophone you cannot see your hands, so muscle memory is very important. Did you know - playing the saxophone is actually good for the environment? Saxophone reeds are made out of an invasive plant, Arundo Donax, so every time you switch your reed, you can feel good that you are throwing away an invasive plant ! Arundo Donax is native to the Mediterranean Basin and the middle east. It is one of the fastest-growing plants on the planet. It can grow up to 10 cm a day - that’s basically a new reed!

Believe it or not, the sax was originally invented to perform in orchestras by Adolphe Sax in the early 1840s. It was not a huge success at first, as most people did not like the sound of the sax. Composer Hector Berlioz was the first prominent figure to actually champion the new instrument.

Even though Berlioz loved the new instrument, Adolphe Sax continued to struggle throughout his career. He was sued by rivals and even attacked! Who knew it was so dangerous to be an instrument inventor. He ended up dying impoverished at age 80. At least his invention ended up being one of the world’s most popular instruments.

Even though some classical pieces were composed for the saxophone, it became a popular Jazz instrument. Sax was eventually incorporated into R&B and Rock.