Avery is a classically trained cellist that has been studying the cello for 21 years. In 2017, he received his Bachelor’s Degree in Cello Performance from CU Boulder. He has been playing the guitar (electric and acoustic) for 9 years, and has been in multiple rock bands, classical string quartets and orchestras. He has performed all over the US and Italy. When he’s not making music, Avery likes to swing dance (he was once in a competitive dance troop!) As a teacher, his goal is to foster a love of music in his students that is not restrained by... Read More

James is an accomplished cellist and pedagogue, currently a Doctor of Music candidate in cello performance with a minor in music education at Indiana University with Professor Emilio Colon. Most recently, he served as the assistant principal cellist of Richmond Symphony Orchestra in Indiana. Festival appearances include Philadelphia International Music Festival, Jacobs Summer of Music, and Prague Summer Nights, serving as principal cellist. In addition, he holds performance diploma at Indiana University and Master of Music at Georgia State Univ... Read More 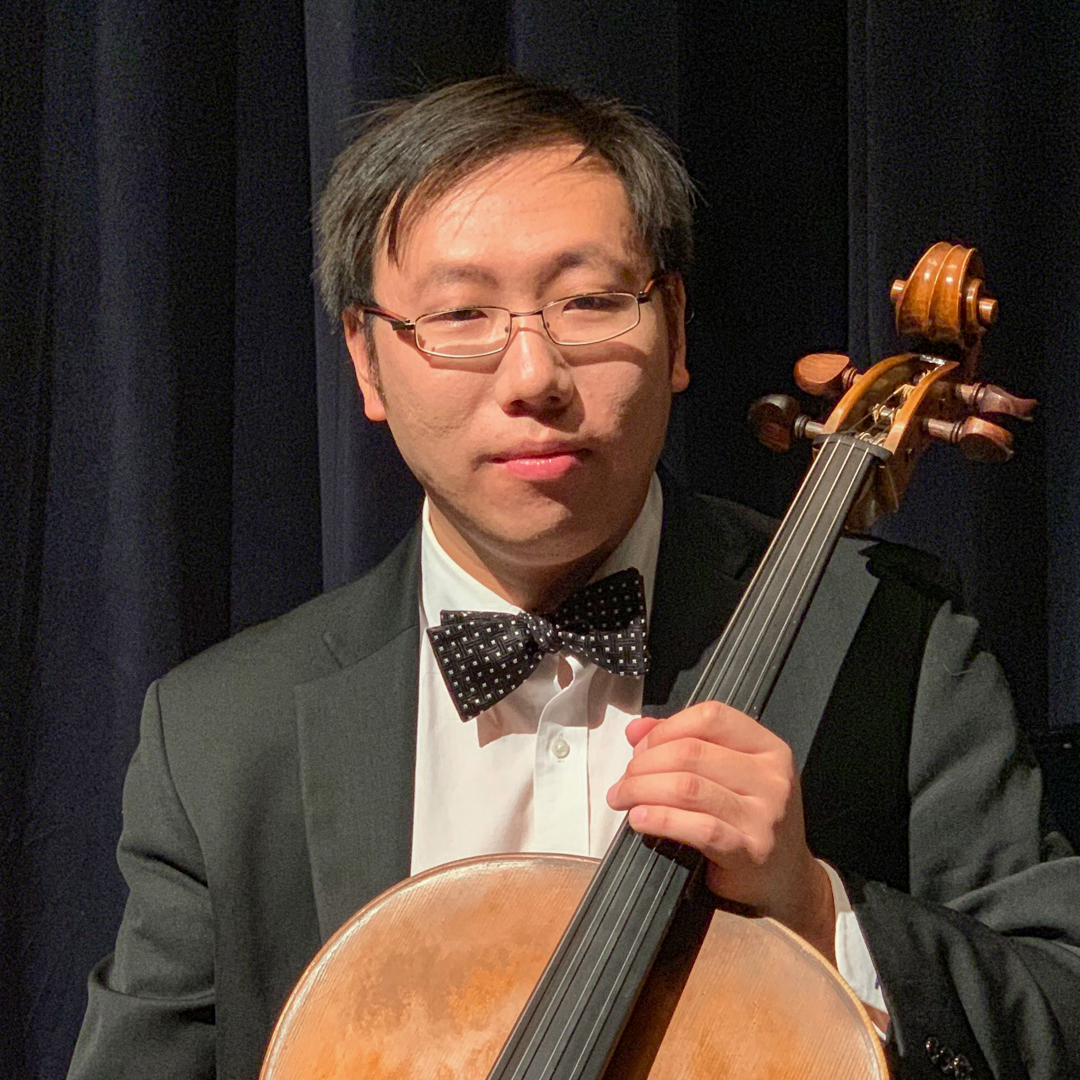 How Our Cello Lessons Work

Cello lessons with Avery have been great! Our daughter loves her lessons and looks forward to seeing Avery each week.

All about Cello Lessons

Cello is a truly beautiful instrument, it is both a solo instrument and an orchestral instrument. It is a bowed sometimes plucked string instrument in the violin family. It has four strings typically tuned in perfect fifths. It is tuned the same as a viola but an octave lower. The cello also has an endpin that rests on the floor to support the instrument while it is being played. It is mostly associated with European Classical Music. Cello is a part of the standard orchestra as well the bass voice in a string quartet. Even as the bass voice, it is still given melodic roles as well. Some people say it is the instrument that most closely resembles the human voice. There is a wealth of great music written for the cello and it is a wonderful instrument. Children as young as 6 can start to learn the cello.

The body of the cello is made of wood, normally maple or spruce. At the top is the scroll and then four pegs which hold in place the four metal strings which are C, G, D, A. The four strings are drawn down the cello and over the wooden bridge. Then the strings go into the tail piece at the end. At the bottom of the cello there is the endpin. The four strings are tuned with the four pegs and four tiny adjusters on the tail piece. To make a sound, the player can either use their fingers to plug the strings or use the bow.

The bow is made of wood and horse hair. There is a screw at the base of the bow to tighten and loosen the horse hair. When the horse hair is drawn across the string, the string begins to vibrate. This vibration travels down the wooden bridge and starts to make the front and back of the cello resonate. There is a sound post that connects the front plate to the back plate of the cello. When both the plates are vibrating the air inside the cello vibrates and the sound comes out of the f holes.

The violin family, including cello-sized string instruments, originated in the 1500’s. The earliest acknowledgement of this family dates back to 1530 in northern Italy. It is a common misconception that the cello evolved from the viola da gamba instrument family. This is not true, it actually existed alongside it for about two and a half centuries. The earliest surviving cellos are made by the Amati family. The Amati family is a famous family of italian luthiers.

In 1660, invention of wire-wound strings allowed for a finer bass sound. Wire-wound strings are strings made of fine wire wrapped around a thin gut core. Prior to this invention strings were entirely made of gut. Bolognese luthiers used this new technology to invent the cello. Then around 1700, the cello became popular in northern Italy.

Baroque era cellos differed from the modern cello in many different ways. The neck had a different angle. Baroque cello used to be held on the musician's calves. It’s a good thing someone invented the endpin!

Cellos are a crucial part of orchestral music, every symphonic piece involves a cello section. Most of the time, cellos fill out the lower register of the music, they also often play the melody for different sections. Of course there are also cello concertos, these are orchestral pieces that feature a solo cellist.