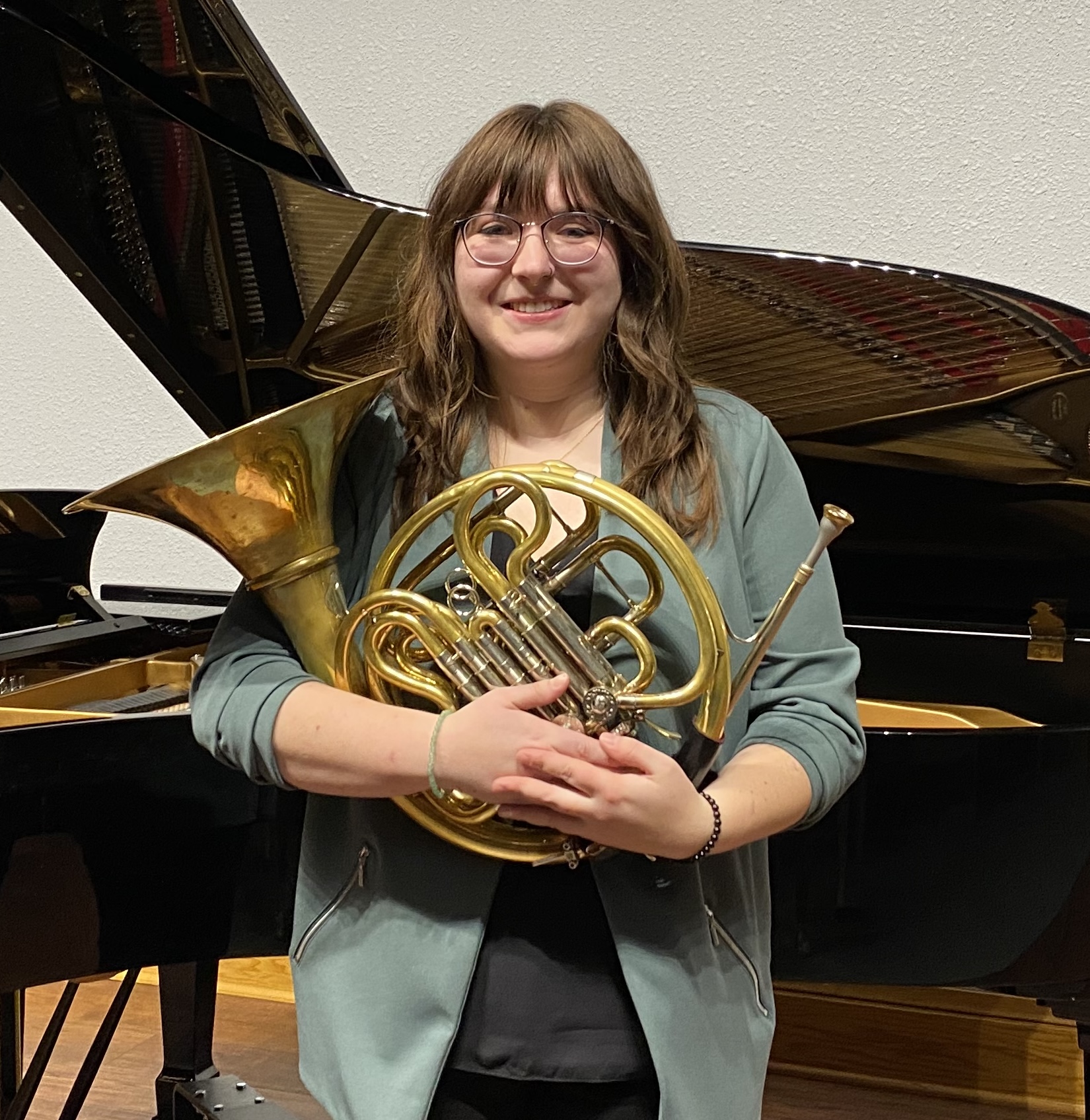 Emily Schroeder is a horn player originally from Indiana. They are currently an active freelancer in Colorado and is a substitute with the Fort Collins Symphony. Emily is also an associate member with the Chicago Civic Orchestra. Emily received a Bachelor of Music Education from Ball State University in 2019 and a Master of Music in Horn Performance from the University of Northern Colorado. Emily has studied with Gene Berger, Marian Hesse, Susan Fritts, and Lauren Varley, and currently studies with John McGuire. While at Ball State, Emily co-fo... Read More

How Our Trumpet Lessons Work

All about Trumpet Lessons

Trumpet is a great instrument to play. It is commonly used in classical and jazz ensembles. Trumpets are played by blowing air through your lips to create a buzzing sound. This buzzing starts a standing wave vibration in the air column in the horn. There are three valves to change the pitch of the note. You can also change the note by changing the tightness of your lips - this is called a “partial.” When you consider the combination of each of the three valves and the seven-plus partials, that is how the full two and a half octave range of notes is filled out. Trumpets are the highest of the brass instruments. They often play the lead role in many ensembles. Many highly accomplished trumpeters can play impressively high notes (and often take quite a bit of pride in how high they can play).

We recommend students are at least 9 years old before starting trumpet lessons. It requires a certain level of lung capacity as well as a difficult lip technique that is challenging for younger children to develop. Although trumpet is a difficult instrument, it is very much worth learning. Students are often proud of their accomplishments as they start to become more competent on the instrument. A musician who plays the trumpet can be called a trumpet player or a trumpeter. The trumpet can get as loud as 120 decibels. That is as loud as a thunderclap or chainsaw! For this reason, the MBTA in Boston does not allow subway performers to play trumpets in their stations. The highest note performed on a trumpet is a quad C. It has been played by both Michael Schmidt and Mark Van Cleve.

Trumpet-like instruments have been used as signaling devices ever since 1500 BCE. Archaeologists found bronze and silver trumpets in the tomb of Tutankhamun in Egypt. The Shofar, a horn made of metal or an animal horn (hence “horn”) is even mentioned in the Bible. Eventually, these horns became musical instruments sometime during the 14th century. Since the late 15th century trumpets have been made of brass. Originally they did not have any valves. Valves were added around 1820.

The trumpet is constructed of brass tubing that is bent two times. Modern trumpets have three piston valves. This is what makes them different from Bugles, which are just a straight tube without any valves. Despite their relatively small size, the average trumpet has up to 6 and half feet of tubing.